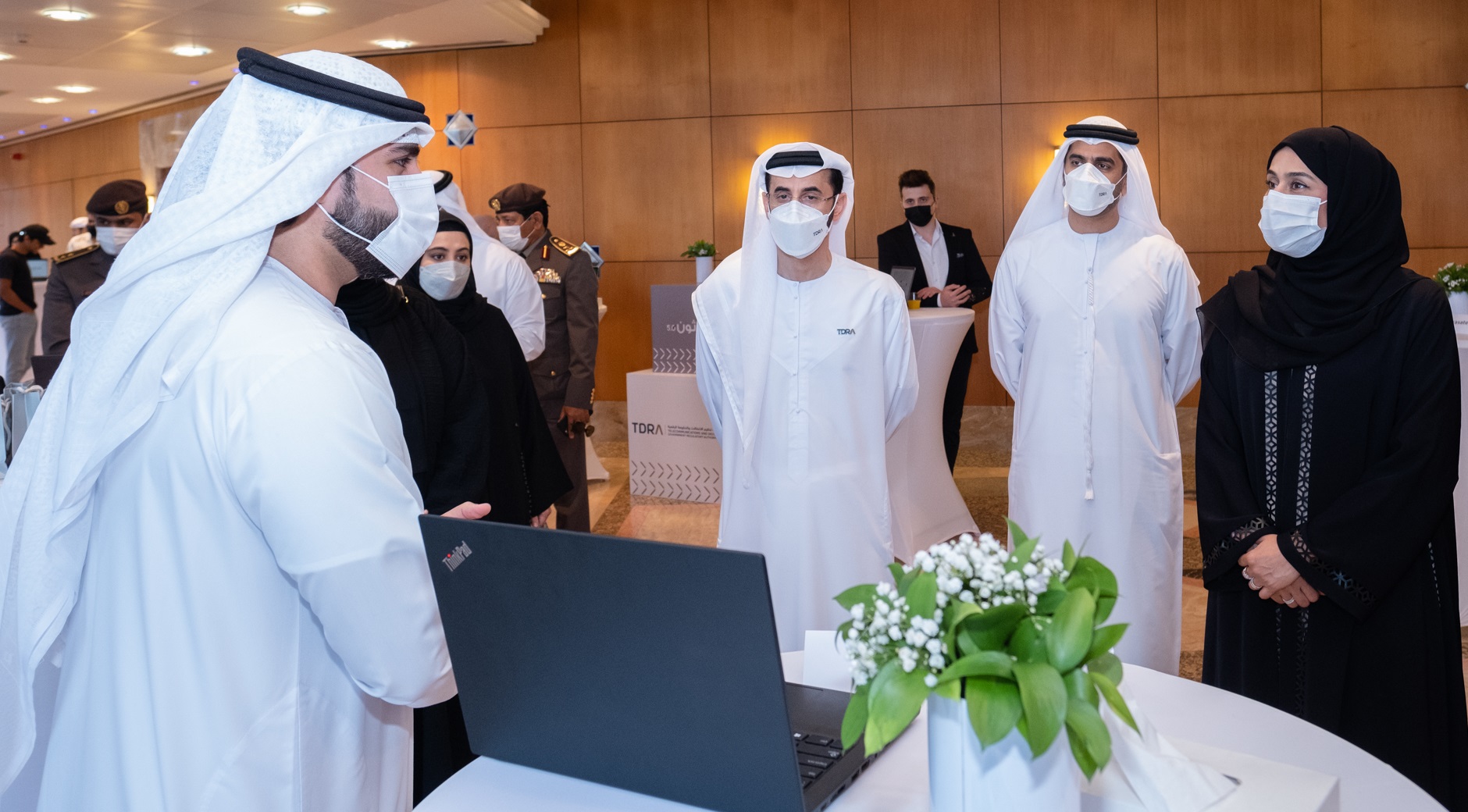 H.E. Hessa Bint Essa Buhumaid, Minister of Community Development: We are all aware of the great role of the UAE Hackathon in encouraging and promoting a culture of creativity and innovation among all groups of the UAE society.

H.E. Eng. Majed Sultan Al Mesmar: My message to the contestants is to consider the Hackathon experience as an incentive to continue the journey, because your real reward is the experience, let it fuel your tireless pursuit to achieve your dreams.

The UAE Telecommunications and Digital Government Regulatory Authority (TDRA) announced the winners of the UAE Hackathon 2022, which was held for the fifth consecutive year under the slogan “Data for Happiness and Wellbeing”. The announcement took place during the closing ceremony held at the University City Hall of Sharjah, in the presence of H.E. Hessa Bint Essa Buhumaid, Minister of Community Development, H.E. Eng. Majed Sultan Al Mesmar, TDRA Director General, and members of the participating teams.

The Hackathon, which was held this year with the support of the Ministry of Community Development represented by the National Program for Happiness and Wellbeing, is one of the largest competitions that drive innovation in the UAE, as it motivates university and school students, government employees, entrepreneurs, thinkers and creators to participate in designing the future, by providing innovative solutions to the challenges faced by various government and public entities and institutions in the UAE, using open data available through the UAE official open data portal (Bayanat.ae), and by relying on emerging technologies.

In the Entrepreneurs category, the HCMS.ai team won first place, while the second place went to the Unitors team, and the Dakher team won third place.

In her opening speech, H.E. Hessa Bint Essa Buhumaid, Minister of Community Development, highlighted the importance of cooperation and integration between the Ministry of Community Development through the National Program for Happiness and Wellbeing, and TDRA within the framework of data for happiness and wellbeing. She said: “We are all aware of the great role of the UAE Hackathon in encouraging and promoting a culture of creativity and innovation among all groups of UAE society, as well as its active and positive role in supporting the innovation system at the state level, which is increasing every year at all levels, starting with government and federal entities, through universities, academic institutions, private sector institutions, and ending with individuals.”

In turn, H.E. Eng. Majed Sultan Al Mesmar, TDRA Director General, said: “The Hackathon purpose has never been to start a competition and conclude it with speeches, prizes and celebrations, which, despite their importance, do not match the value of the fruitful ideas that participants in the Hackathon develop, and turn into projects that serve people and meet their needs in various aspect of life. I tell you this is only the beginning.Consider the Hackathon experience as an incentive to continue the journey, because your real reward is the experience, let it fuel your tireless pursuit to achieve your dreams. Do not look at the world through the lens of success and failure. Failure is not necessarily the opposite of success, as failure may be the inevitable path to success. You have many examples of global success stories that have been achieved through a path full of failed experiences.”

During the Hackathon, Abu Dhabi received the greatest percentage of participants with 27% of the overall participants, followed by Dubai 23%, Sharjah 15.50%, then Ajman, Fujairah, Ras Al Khaimah and Umm Al Quwain. The total number of participants reached 2,162, including entrepreneurs, expert, university students and school students from all over the country. The female participation rate reached 57% compared to the male participation, which amounted to 43%, noting that the university students’ category ranked first in terms of participants’ number, followed by the startups category and then the school students’ category.

In a related context, TDRA clarified that innovative solutions based on blockchain technologies ranked first among the list of participating ideas, followed by artificial intelligence, then applications of big data and data analysis. In terms of the number of ideas, the use of Internet of Things, Metaverse, Virtual and Augmented Reality technologies was equal.

In its fifth edition, the “UAE Hackathon” included 41 challenges that were presented by federal and local authorities under a set of main themes in the development system, the most important of which are Agile & Proactive Digital Government, Better Financial Services using FinTech, Resilience of Digital Economy & Investment, Shaping Smart Sustainable Cities, Innovative World-Class Knowledge & Skills, Happy & Cohesive Society, and Communication in the Digital Age.

TDRA indicated that the 12-day training and orientation period was characterized by around-the-clock interaction on the Hackathon platform or the Slack application of the Hackathon community. The training activities varied between technical workshops, mentoring sessions, and training sessions in areas of innovation and entrepreneurship. The number of sessions and workshops reached more than 42 workshops presented by 22 experts from major tech companies such as Google, Ericsson, Hair Technologies, du, and SAS, as well as international institutions such as the Institute of Electrical and Electronics Engineers (IEEE).

The creative ideas included in the evaluation phase reached 190 ideas evaluated over 4 days by 23 judges. The largest share went to the universities category with 116 ideas, followed by the startups and entrepreneurs’ category with 39 ideas, the schools’ category with 35 ideas. The top 30 ideas were selected from all the ideas presented in the three categories.

the UAE Hackathon aims to unveil agile innovative solutions that adapt with the successive changes of the digital revolution and modern technology tools, to enhance the role of the business sector in achieving national development goals. 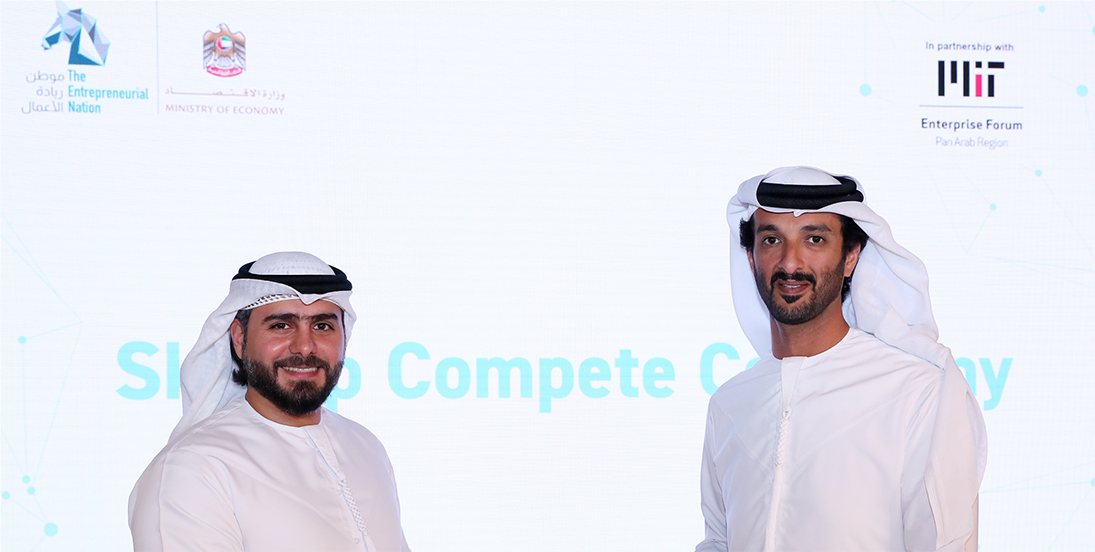 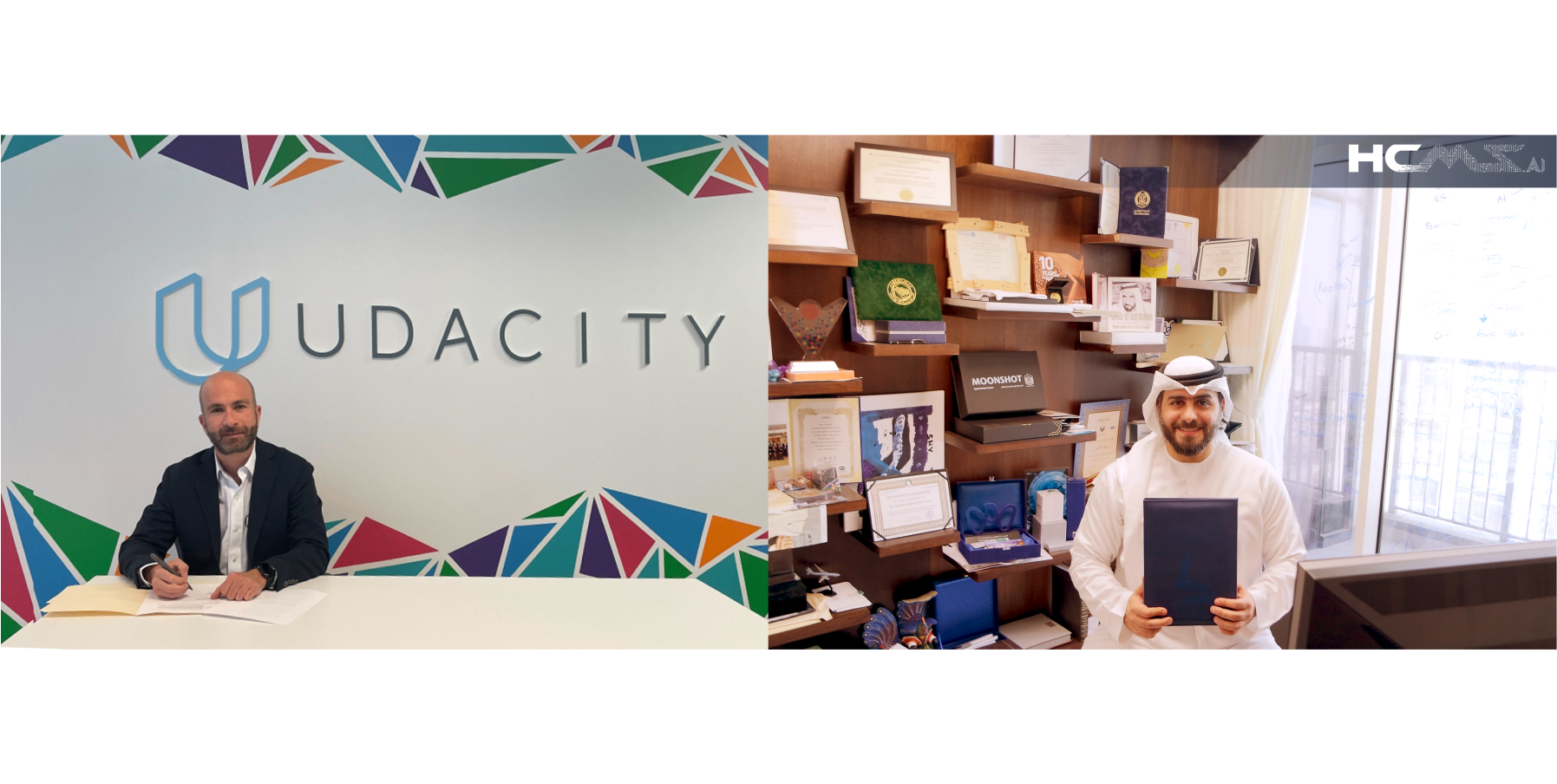 “This HCMS partnership will create measurable value through high impact digital talent initiatives and job-ready skills for the labor market,” “Extending the scale of Udacity to reach more people in the region has the potential to create massive returns for individuals, enterprises, and nations.”